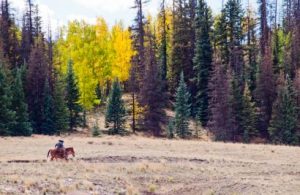 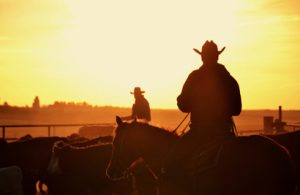 Hazelden Betty Ford Foundation (HBFF), Rancho Mirage, CA – Due to the unexpected cancellation of the Primary Care Provider Conference, HBFF and PGDF agreed to reallocate their 2017 grant to fund a major expansion to the online Course in Addiction and Recovery Education (CARE)/Aquifer Addiction, which is offered through the Hazelden Betty Ford Foundation to medical, nurse practitioner and physician assistant schools worldwide. The grant will allow six new case studies on alcohol use disorders to be added to the innovative curriculum.

David Lynch Foundation (DLF), New York, NY – The second year of a two-year commitment supported a DLF staff position to initiate and build a program establishing Transcendental Meditation (TM) as a tool for reducing stress and building resilience for people with alcohol and other drug addiction. PGDF Founder Peter Dodge uses TM in his own recovery and has become an advocate for its use to support treatment for addiction.

Hazelden Betty Ford Foundation (HBFF), Rancho Mirage, CA – PGDF sponsored “Addiction Medicine for the Primary Care Provider,” a one-day conference co-hosted by PGDF and HBFF and held in Rancho Mirage, CA in October 2018, featuring keynote appearances by Dr. Nora Volkow, Director of the National Institute on Drug Abuse (NIDA) and Dr. George Koob, Director of the National Institute on Alcohol Abuse and Alcoholism (NIAAA). The program was designed to give primary care providers essential tools to allow them to appropriately treat and refer patients with addiction in their practices.

McLean Hospital, Belmont, MA – PGDF supported a pilot study led by Dr. Marc Copersino to design and deliver developmentally appropriate treatment curricula for people with developmental disabilities (DD). Standard addiction treatment programs are cognitively demanding, requiring skills that exceed those of most people with DD. Alcohol and other drug prevention and treatment programs are, at present, mostly absent from the community. This project develops alcohol and other drug refusal skills while supporting client independence, self-determination, and community inclusion.

David Lynch Foundation (DLF), New York, NY – A two-year commitment supported the hiring of a DLF staff member to initiate and build a program establishing Transcendental Meditation (TM) as a tool for reducing stress and building resilience for people with alcohol and other drug addiction. PGDF Founder Peter Dodge uses TM in his own recovery and has become an advocate for its use to support treatment for addiction.

Partnership for Drug Free Kids, New York, NY – PGDF supported the development of a mobile-friendly version of AlcoholScreening.org, one of the top alcohol feedback websites in the world. Nearly 45% of users access the site via mobile phone, but the site was not compatible with mobile technology. This grant intended to dramatically increase the number of users who could effectively access and use the site to assess their drinking and find help if needed.

Faces & Voices of Recovery, Washington, DC – PGDF sponsored America Honors Recovery 2017, the signature gala event of Faces & Voices of Recovery, held on Monday, July 17, 2017 at the Hyatt Regency Washington on Capitol Hill, Washington, DC. America Honors Recovery is the largest and most prestigious gathering of nonpartisan, public and private sector leaders in the nation who convene to network while celebrating the achievements of the recovery community.

National Institute on Alcohol Abuse and Alcoholism (NIAAA), Bethesda, MD – This scientific research grant supported the laboratory of Dr. Lorenzo Leggio in investigating the effect of alcohol abstinence and alcohol administration on human gut microbiota, seeking to determine whether microbial profiles play a role in craving for alcohol and relapse in AUD individuals.

Faces and Voices of Recovery, Washington, DC – PGDF supported two projects, a conference on best practices for directors of non-profits in F&V’s network, and an educational campaign related to the Comprehensive Addiction and Recovery Act

Hazelden Betty Ford Foundation, Minneapolis, MN – PGDF contributed to the Patient Aid Fund, which offsets costs for those in treatment at Hazelden’s inpatient clinic. This gift was designated for people with a dual diagnosis of AUD with major depressive disorder or bipolar disorder

Pinhead Institute, Telluride, CO – PGDF sponsored a laboratory-based internship in the field of drug or alcohol addiction for a rural high school student with a strong interest in science

Mainly active from 2014-2017, PGDF Community Grants supported education, animal welfare, and children’s health. These grants were administered by invitation only and were supported directly by founder Peter Dodge, not funded by outside donations.