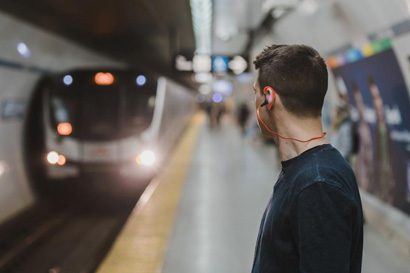 Advertisements for tobacco products were banned on subways, buses, and commuter railroads by the New York’s Metropolitan Transportation Authority in 1992.  The chairman of the M.T.A. at the time, Peter E. Stangl, expressed concerns about free speech, but concluded, “…we also have an obligation to reduce the exposure of people, especially children, to a product that causes death.”

The ban is effective immediately, but the agency will honor contracts for existing ads through the end of 2017.

Curtailing advertising is one public health strategy being employed to reduce the rates of alcohol misuse.  Other tactics include reducing alcohol outlet density (the high number of liquor stores in low income areas) and taxing alcohol sales more heavily.