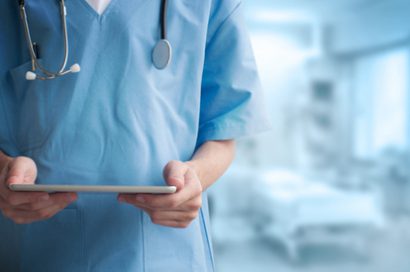 The findings of a recent study conducted at The Scripps Research Institute (TSRI) could help researchers develop personalized treatments for alcohol use disorder (AUD) and dependence.

TSRI scientists found an important difference between the brains of alcohol-dependent and non-alcohol-dependent rats. When given alcohol, both groups showed increased activity in a region of the brain called the central amygdala (CeA) — but this activity was due to two completely different brain signaling pathways. Further study of this information could help evaluate how a person’s brain responds to different therapeutics and could help individualize treatment.

Prior research done by TSRI Professor Marisa Roberto, senior author of the new study, has shown that alcohol increases neuronal activity in the CeA. Roberto’s lab found increased activity in both nondependent, or naïve, and alcohol-dependent rats. As they investigated this phenomenon in the new study, the researchers were surprised to find that the mechanisms underlying this increased activity differed between the two groups.

But in alcohol-dependent rats, the researchers found decreased abundance of LTCCs on neuronal cell membranes, disrupting their normal ability to drive a dose of alcohol’s effects on CeA activity. Instead, increased neuronal activity was driven by a stress hormone called corticotropin-releasing factor (CRF) and its type 1 receptor (CRF1). The researchers found that blocking CeA CRF1s reduced voluntary alcohol consumption in the dependent rats.

Studying these two groups shed light on how alcohol functionally alters the brain. “There is a switch in the molecular mechanisms underlying the CeA’s response to alcohol (from LTCC- to CRF1-driven) as the individual transitions to the alcohol-dependent state,” said Roberto. This switch reflects the important role of the CeA in the pathophysiology of alcohol dependence and represents a new potential avenue for therapeutic intervention.

The findings from the study, published in The Journal of Neuroscience, may lead to better ways to treat alcohol dependence. Alcohol use disorder appears to have many different root causes, but the new findings suggest doctors could analyze certain symptoms or genetic markers to determine which patients are likely to have CRF-CRF1 hyperactivation and benefit from the development of a novel drug that blocks that activity.