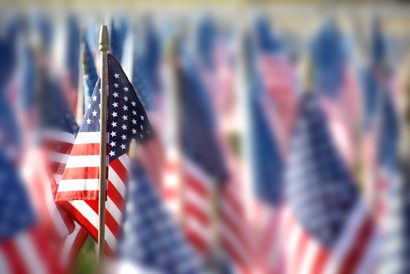 A research study using telephone-based intervention has shown promise in helping members of the military to combat alcohol use disorder (AUD).

While illicit drug use is lower among United States military personnel than among civilians, heavy alcohol and tobacco use, and especially prescription drug abuse, are much more prevalent and are on the rise. A 2012 Army report found that 43 percent of active-duty soldiers had admitted binge drinking within a month of the survey.

Despite the high rates of heavy drinking, especially among those with high combat exposure, few soldiers seek, or are referred to evaluation for, treatment of AUD, possibly due to fears of facing disciplinary action and negative career consequences.

“If you’re in the military and you seek substance abuse treatment, your commanding officer is notified and it goes on your medical record and your military record. That’s a huge barrier,” said study author Denise Walker, director of the Innovative Programs Research Group at the University of Washington School of Social Work.

The University of Washington research team, recognizing the need for convenient and confidential options, designed an experiment looking at phone-based interventions. In the study, published in the October 2016 Journal of Consulting and Clinical Psychology, 242 Army personnel who met criteria for alcohol use disorder (AUD) but were not currently engaged in AUD treatment, were assigned to one of two conditions: either a one-hour session of motivational interviewing plus feedback (MIF), or psychoeducation about drug use and AUD, both of which were conducted over the phone.  Motivational interviewing, used in the treatment group, is a goal-oriented counseling approach intended to help people make positive behavioral changes.  Those who participated in the one-time phone MIF intervention had significant decreases in both drinking rates and alcohol dependence after six months. They were also more likely to seek treatment.

The researchers believe that the confidentiality of receiving treatment over the phone contributed to its success.  Study recruitment materials made it clear that military command would not be involved, meaning their superior officers would not find out. “Some did the session on their lunch breaks or in the garage while their family was in the house,” said Walker. “They didn’t have to walk into a building that says ‘army substance abuse program.’ It was private and a low-burden intervention.”

While the MIF intervention led to higher decreases in drinking, the participants in the control group, who received educational information, also had a decrease in alcohol dependence over time.  The researchers said that this shows that providing psychoeducation may be enough to prompt some to take a first step toward making a change.

Walker stated that telephone-based counseling is a cost-effective way to encourage military members to seek help confidentially, without the barriers of more traditional approaches. “This intervention has the potential to be used for soldiers and military personnel worldwide. It would really help fill the gap in service provision that is currently available to soldiers,” said Walker.