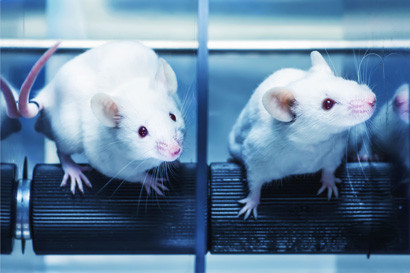 Oxytocin, also known as the “love hormone” has been shown to decrease the inebriating effects of alcohol in a new animal study. Researchers from the University of Sydney (Australia) and the University of Regensburg (Germany) administered oxytocin to male rats before giving moderately heavy amounts of alcohol. The rats who received oxytocin did not show signs of impairment.  Instead, the hormone masked the effects of alcohol in the rats so that their behavior was no different from the control group, which received no alcohol.

“In the rat equivalent of a sobriety test, the rats given alcohol and oxytocin passed with flying colors, while those given alcohol without oxytocin were seriously impaired,” said the lead author of the study, Dr. Michael Bowen, from the University of Sydney’s School of Psychology.

These results, along with those of past studies showing that oxytocin may lower alcohol consumption, cravings, and withdrawal symptoms in humans as well as rats, indicate that oxytocin may be an avenue worth exploring for the treatment of AUD.

Oxytocin’s effects are not absolute; upon doubling the dose of alcohol, the rats did show signs of intoxication. Further studies will need to be done to fully understand if the results will translate into potential treatments for AUD and other addictions.

Study abstract from the Proceedings of the National Academy of Sciences