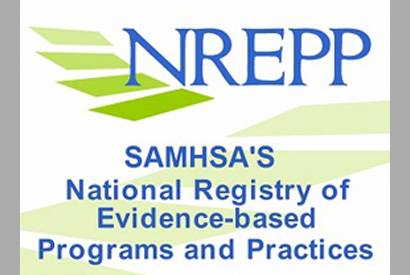 The National Registry of Evidence-Based Programs and Practices (NREPP) has been indefinitely suspended by federal health officials. Since 1997, NREPP has listed effective, science-based interventions for behavioral health issues, including the prevention and treatment of mental illness and substance use disorders (SUD). Programs included in NREPP were independently audited and regularly updated. The registry included proven interventions as well as programs to avoid because they had not been shown to work sufficiently.

The White House froze the public database in September 2017 and months later pulled federal funding for NREPP, which was a project of The Substance Abuse and Mental Health Services Administration (SAMHSA).

According to STAT news, an email was sent in early January 2018 to contractors who were hired by SAMHSA to work on the registry stating, “It is with great regret that we write to inform you that on December 28, 2017, we received notification from SAMHSA that the NREPP contract is being terminated for the convenience of the government. This cancellation means that we can no longer make any updates to your program profile.”

While the database is still available online, no new resources have been added since it was frozen in September.  At least 90 programs that have already been vetted and passed NREPP’s standards are not available to the public due to the freeze.

“I know there are quite a number of new studies that could be breakthrough strategies for prevention of psychiatric disorders, opiate addictions, autism spectrum disorders — any number of things,” Dennis Embry, president of Paxis Institute, a for-profit Arizona organization that helps communities identify evidence-based practices for the prevention of psychiatric disorders, told the Washington Post.

Lawmakers have also weighed in. “I was shocked to learn that the NREPP contract has been terminated as an opioid epidemic continues to shake our nation,” New York Congresswoman Grace Meng said in a statement. “I’m determined to find out why SAMHSA has made such a mind-boggling decision.”

Two weeks after NREPP funding was terminated, SAMHSA Assistant Secretary Elinore F. McCance-Katz said in a statement that the registry was halted due to the “flawed nature of this system.” McCance-Katz wrote, “From my limited review – I have not looked at every listed program or practice – I see evidence-based practices (EBPs) that are entirely irrelevant to some disorders, “evidence” based on review of as few as a single publication that might be quite old and, too often, evidence review from someone’s dissertation.”

SAMHSA said that oversight of NREPP would be shifted to the recently created National Mental Health and Substance Use Policy Lab (Policy Lab), whose focus is to “periodically review programs and activities” relating to the diagnosis, prevention, treatment and recovery from mental illness and substance use disorders. The lab will also identify programs or activities “that are duplicative and are not evidence-based, effective or efficient,” said McCance-Katz. A Policy Lab director has been hired, but a team is not yet in place, and there are currently no defined timelines for how and when decisions about the website will be made or implemented.

As the wait continues, many are outraged and want to see NREPP back in full swing. “NREPP is one of the most important tools we have. Nobody has a financial stake,” Catherine Tucker, president of the Association for Child and Adolescent Counseling, told the Washington Post. “It’s an impartial, nonpartisan, trustworthy source that represents thousands and thousands of hours of work.”

National Registry of Evidence Based Programs and Practices (NREPP)>