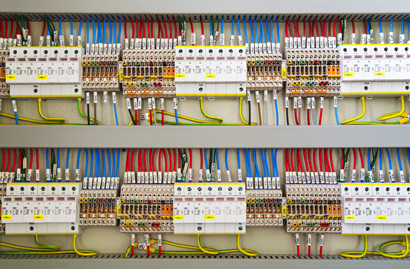 Scientists have been working to identify the parts of the brain that control addiction for decades. Now some researchers are developing strategies to heal these affected areas.

Studies have shown that some of the damage incurred by alcohol abuse can be undone.  Some brain volume can be restored through ongoing sobriety and even though pathways may not fully return to normal, the brain often finds ways to compensate over time. New research focuses on facilitating brain recovery by looking for ways to reverse changes in the brain that are the result of addiction, and training people in recovery to use new naturally occurring brain pathways.  Some studies are showing early promise:

Disabling compulsive behavior: University of California, San Francisco Neuroscientist Woody Hopf, through years of studying rats, found that a particular group of neurons play a key role in compulsive drinking.  He recently discovered that the drug D-serine binds to receptors on these neurons which inhibits them from firing as frequently, leading to a decrease in drinking in rats who were trained to be alcohol-dependent. Hopf is currently writing up a plan for a clinical trial of D-serine.

Deep-brain stimulation (DBS): University of Geneva, Switzerland neurologist Christian Lüscher and colleagues have used optogenetics in mice, in which they shine a light into the brain via implanted optical fibers to target a specific group of cells and receptors involved in cocaine addiction.  Doing so led to the mice to stop seeking cocaine.

While optogenetics cannot be used in humans (it is not safe to implant optical fibers in the brains of humans), Lüscher and team are trying to mimic the optogenetic effects through a variation of deep-brain stimulation (DBS).  DBS, used to treat disorders like Parkinson’s disease, uses an electric current to quiet overactive neurons, and can be targeted to a specific brain region.  Results in using DBS for addiction have been mixed so far. But Lüscher is trying something new: combining DBS with drugs that block dopamine receptors in the brains of rats in order to silence specific types of cells.  While DBS has shown only short-term effects in the treatment of Parkinson ’s disease, Lüscher found that rats who had 10 minutes of DBS exhibited normal behaviour for 21 days following treatment, potentially indicating that part of the damaged brain circuitry was repaired.

Recognizing that DBS is helpful in research, the realities of using it as a treatment are more questionable: It is an expensive pacemaker, with metal and wires that go under the skin, and requires patients to have regular follow-ups and be able to care for the implants.

Transcranial magnetic stimulation (TMS): TMS, currently used to treat depression and migraines, uses a magnetic field to stimulate electrical activity in neurons deep in the brain and is non-invasive.  Patients undergoing TMS wear a magnetic helmet for a few minutes.  While scientists do not yet understand how TMS works, anecdotal evidence shows positive results in treating addiction.

As we further our understanding of the brain’s role in addiction, it is important to remember that behavioral support, like counseling or mutual support, is still needed to augment treatment.

Approaching addiction from the standpoint of improving brain function will also require researchers and policymakers to expand the ways they evaluate treatment modalities, so that therapies that produce improvement rather than full abstinence may be given a chance. “Rather than ask for an outcome of complete abstinence, shouldn’t we evaluate these treatments on their ability to counteract these brain changes?” asks Nora Volkow, director of The National Institute on Drug Abuse (NIDA).