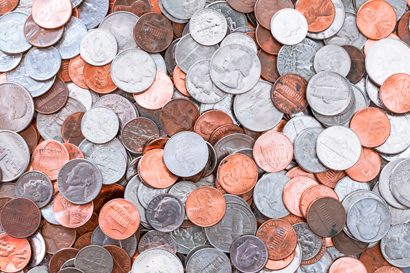 A recent study shows that simple rewards may be an effective way to help those with co-occurring disorders increase abstinence from alcohol.

A person with co-occurring disorders, previously known as dual diagnosis, experiences a mental illness and a substance use problem at the same time.  Approximately one-third of people with alcohol use disorder (AUD) report co-occurring mental health issues.

Conducted at Washington State University and published in the American Journal of Psychiatry in January 2017, the study aimed to assess whether a contingency management strategy, where incentives are used to reinforce behavior, could be used to increase alcohol abstinence in people with co-occurring serious mental illness.

Contingency management (CM) has been well-established as an intervention for drug use reduction. The WSU study is one of the first to demonstrate that CM can also be effective in treating those with AUD and co-occurring mental health conditions such as bipolar disorder and schizophrenia.

In the twelve-week study, researchers randomly assigned 79 outpatients with alcohol dependence and serious mental illness to one of two groups. The first group was given prizes such as soap, clothing and gift cards for attending treatment and testing negative for alcohol via urine screens during this period.  The control group was given the same prizes whether or not they attended treatment or had negative urine test results.

The consequences of undiagnosed, untreated, or undertreated co-occurring disorders can lead to a higher likelihood of experiencing homelessness, incarceration, medical illnesses, and suicide. When neither illness is treated, one illness can make the other worse. When only one illness is treated, treatment is less likely to be effective. People with co-occurring disorders are best served through integrated treatment. With integrated treatment, practitioners can address mental and substance use disorders at the same time, often lowering costs and creating better outcomes.

“Using contingency management, we can treat [patients’] addiction at the same time as their mental illness, which can impact not only their alcohol and drug use, but also reduce smoking and improve health,” states first author Michael McDonell, Associate Professor in the Elson S. Floyd College of Medicine and an Affiliate Associate Professor in the Department of Psychiatry and Behavioral Sciences at the University of Washington School of Medicine.  “This can be done anywhere and by just about anyone. All you need to know is how to perform urine testing – which can be done with a simple dipstick – and give out prizes.”