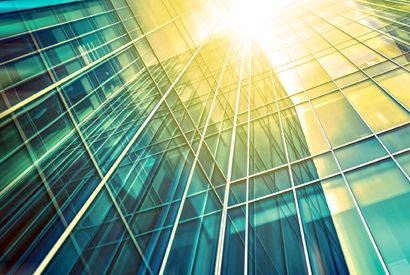 The Peter G. Dodge Foundation (PGDF) is pleased to announce a transformative campaign that will strategically shift the foundation from a private philanthropic endeavor to a national, publicly supported charity, dramatically expanding its grantmaking capacity.

“With 88,000 people dying from alcohol-related causes every year, we need to maximize our impact now,” states Executive Director Elizabeth Cairns. “This expansion will allow us to take advantage of the many opportunities we have to make a real difference for families who are struggling with alcohol use disorder (AUD).”

Founded in 2014 as a passion project of entrepreneur Peter G. Dodge, PGDF has established a reputation as a capable, forward-thinking organization that works with world-class partners to achieve lasting change. The mission of the organization is to help people lead lives free from the effects of alcohol addiction by increasing options, elevating awareness, and facilitating access to recovery.

Through four successful grant cycles, PGDF has demonstrated its ability to identify and act upon initiatives that open new areas of scientific inquiry and foster a new paradigm for what treatment and recovery can be. To date, PDGF has invested over $2 million towards its mission and:

A fundraising initiative to raise an initial $3 million and build a base of annual support will allow PGDF to increase its giving and deepen its impact. Seasoned fundraising professional Jana Olslund, formerly VP of Philanthropy at the Hazelden Betty Ford Foundation, has joined PGDF as Chief Development Officer.

“PGDF has the capacity to make a real difference in this field,” states Olslund. “It is the only non-governmental organization focused specifically on funding for alcohol addiction, which receives less attention than the opioid epidemic yet kills many more people each year. Everyone knows someone who has been touched by alcohol addiction, but few people receive any evidence-based treatment for it. PGDF is working to change that, and it is an exciting opportunity to be part of something so important.”

The expanded organization will operate on the model of a community foundation, but will be oriented towards a guiding issue (alcohol use disorder) rather than a geographic region, according to Cairns. Although PGDF is headquartered in Baltimore, MD, it funds organizations and initiatives throughout the United States. Using its existing grantmaking infrastructure and procedures for vetting proposals, PGDF will raise and distribute funds to spark innovation within the field, driving change that will ultimately lead to transformation.

“When I founded the Peter G. Dodge Foundation, my hope was to alleviate the suffering of alcoholics. My hope now is to eliminate that suffering – to leave behind a world in which anyone who wants to recover will be aware of, and have access to, all of the tools they need in order to do so,” states Peter Dodge. “This campaign opens the door for others to participate in realising that vision.”

The fundraising campaign aims to attract philanthropists at any scale who want to help turn the tide on alcohol use disorder. PGDF plans to raise the initial $3 million by the end of 2019. To learn more about the Peter G. Dodge Foundation, its initiatives and the campaign, visit www.pgdf.org and follow us on Twitter, Facebook, and LinkedIn.