Parity laws have been in effect since 2008. Are they being implemented? 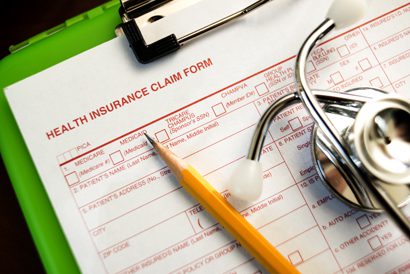 One of the tenets of the Affordable Care Act (ACA) is that mental health and substance use disorders must be covered by health insurance equivalent to any other condition as part of general medical care. This concept is commonly referred to as parity.

The goal of parity is to eliminate restrictions (such as annual visit limits, higher copayments or deductibles, and required pre-authorizations) that health plans place on mental health and substance use coverage if similar restrictions are not placed on medical and surgical benefits. While parity does not guarantee coverage or access, it helps level the playing field.

While progress has been made to implement parity in the healthcare system since the passage of the Mental Health Parity and Addiction Equity Act (MHPAEA) in 2008, there have also been issues with the law, including a lack of enforcement and confusion about the specific workings of the parity law and how to file complaints.

In March 2016, President Obama created the White House Mental Health and Substance Use Disorder Parity Task Force, whose goal was to develop a set of tools, guidelines and mechanisms to ensure that parity is enforced effectively. The task force was directed to review parity implementation and to work on improving understanding of requirements, increasing the transparency of the compliance process, improving the monitoring and enforcement process, and making it easier for stakeholders to understand what is covered, how it is covered, and where to turn to complain, ask questions, or appeal a coverage decision.

After seven months, the task force made its recommendations, based partly on concerns voiced in over 1000 public comments submitted from patients, families, advocates, insurers, state regulators and others.  Their recommendations and initiatives include:

In other actions, the DOL and HHS published a paper highlighting Warning Signs, or health insurance benefit design elements that could be “red flags” of potential parity violations and the DOL will report each year on its investigations into parity violations.

In addition, the task force recommended that the government increase its capacity to audit health plans for parity compliance and allow the Department of Labor to assess civil monetary penalties for violations.

“These disorders affect society in ways that go beyond the direct cost of care,” the task force report authors write. “Without effective treatment, people with these health conditions may find it difficult to find or maintain a job, may be less able to pursue education and training opportunities, may require more social support services, and are more likely to have their housing stability threatened.”

Groups like Faces & Voices of Recovery applaud the efforts of the task force but state that additional work needs to be done for the full potential of MHPAEA to be realized.  They ask the federal government to build upon the existing recommendations and undertake the following actions: shift the burden of Parity Act enforcement away from consumers and their family members and instead require carriers to demonstrate compliance on the front end, as required by the law; further streamline the consumer complaint and appeals process; issue additional guidance detailing what constitutes adequate disclosure; and issue clearer guidelines detailing plan policies and practices that violate the law.

SAMHSA: What is Parity?>

Related: Addiction and the ACA>