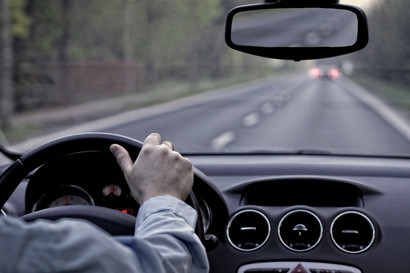 Ten years ago, Larry Long, then attorney general of South Dakota, initiated a program called “24/7 Sobriety,” seeking a more direct approach to stopping drunk driving.  Under this program, instead of being incarcerated or having their driving privileges revoked, repeat drunk driving offenders can continue to drive as long as they abide by a court order to stay abstinent. For about five months, they take a breathalyzer test at a police facility each morning and evening.  As long as it is negative, proving they are not drinking, they are allowed to drive.

More than 7 million breathalyzer tests have been given to over 30,000 people since the program’s inception in 2005, with 99% of the offenders complying with and passing the test.  If they do not pass, they immediately get a night or two in jail.  While some people try to get around the testing by drinking after passing their morning breathalyzer test, repeat offenders are often unable to limit their drinking once they start, and therefore fail the evening test.  For this reason, most decide to remain abstinent.

The idea driving the program is that even modest incentives – things affecting the here-and-now, like being able to drive – are enough to affect behaviors and choices.  The idea of abstinence is also key to the success of the program.  While measures that simply stop offenders from driving (through ignition locks, vehicle impoundment, license suspension and imprisonment) succeed mainly in keeping drivers out of their cars, the 24/7 Sobriety program aims to change drinking habits.  A 2013 paper found additional benefits to the program stemming from the fact that the offenders were now staying sober.  Counties using 24/7 Sobriety saw reductions in repeat DUI arrests and domestic-violence arrests.  The paper concluded, “In community supervision settings, frequent alcohol testing with swift, certain, and modest sanctions for violations can reduce problem drinking and improve public health outcomes.”

Since its beginning in 2005, the 24/7 Sobriety program has grown in South Dakota and is being used in other cities in both the U.S. and the U.K.