Moderation: Will Cutting Back Cut It? 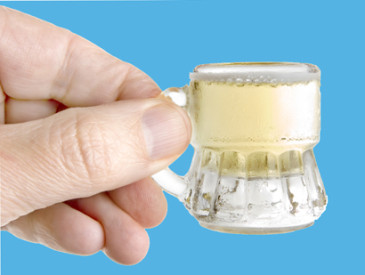 Groups such as Moderation Management that advocate controlling and cutting back one’s drinking instead of abstaining from alcohol are experiencing a resurgence in popularity.

The medical and behavioral health communities generally agree that for severe alcoholics, abstinence should be the goal.  But what about those whose drinking is just beginning to be an issue, or who feel that total abstinence is unrealistic or unnecessary for them?

Two recent radio segments explore the pros and cons of attempting moderation instead of abstinence for problem drinking.

Airtalk interviews Board Chairman of MM

In an interview on AirTalk (KPCC Southern California Public Radio), Chairman of the Board of Directors at Moderation Management and licensed clinical psychologist Marc Kern talks about how Moderation Management (MM) can help people determine if they are good candidates to try moderate drinking. Kern notes that there are no clear diagnostic criteria for determining who can use alcohol in a non-problematic way.  “Moderation Management is a sorting out opportunity,” says Kern.

Moderation Management recommends abstaining from alcohol for 30 days and then attempting to drink in moderation. If it is impossible to stop drinking for that period, moderate drinking may not be the answer. For those for whom moderation may work, MM provides guidelines, structure, and help with planning and problem-solving through online resources and meetings.

“The program is growing phenomenally, primarily because the status quo– the traditional alcohol treatment programs aren’t working,” says Kern.  “Moderation Management is growing in part because everybody who has a drinking problem, or ultimately decides to stop, needs to go through a transitional step to figure out if this is really a viable option for them,” he says.

Kern discusses this and other aspects of moderate drinking in an interview with KPCC’s Larry Mantle.

NPR Morning Edition: “Can Heavy Drinkers Learn to Cut Back?”

In the piece, NIAAA Director George Koob notes that the National Institute on Alcohol Abuse and Alcoholism has reviewed a study showing that the combined approach of Moderation Management and ModerateDrinking.com (a website that guides the user in implementing MM’s principles) helped some heavy drinkers reduce their drinking. The study examined the efficacy of the Moderate Drinking web application combined with Moderation Management compared with that of the resources available online at MM by themselves.

But many experts would like to see more evidence that moderation can work. “It’s only one study,” says Koob.

Moderation as an approach to problem drinking remains controversial. However, attempting moderation and failing sometimes serves as a needed catalyst to seek abstinence-based treatment for those who have a more serious problem.