Interventions reduce alcohol use by Native American and rural youth 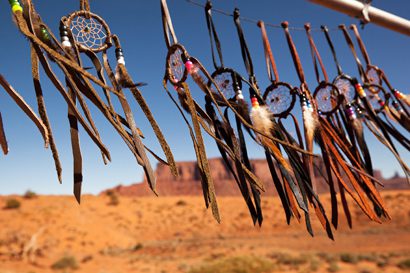 Alcohol use by young people can have long-term negative consequences such as increased risk of addiction, injuries and other health problems. The younger a person is when they start drinking, the stronger the effects on their development will be.  In 2011, SAMHSA determined that of all the drug-related emergency room visits made by patients under the age of 21, over 40 percent involved underage drinking.

Native American teens and youth living in multicultural rural communities begin drinking at younger ages and have higher rates of alcohol-related problems than other groups, despite drinking at similar rates as other U.S. teens. Early prevention is critical but these populations have been underrepresented in research studies. To help combat the high prevalence of underage drinking and alcohol-related problems amid Native American and white rural teens, researchers at Emory University conducted a study to evaluate the most effective alcohol prevention strategies for these groups.

The research team, led by Kelli A. Komro, Ph.D., professor at Emory University’s Rollins School of Public Health, followed 1,623 students in the Cherokee Nation over three years to study the effects of two distinct strategies that previous research had shown to be beneficial in reducing underage drinking and its consequences.

The results of the 2017 study, published in The American Journal of Public Health, found the following community-based and individual-level prevention strategies to be effective ways to reduce alcohol use among these youth populations:

High school students from six rural and racially diverse communities, whose student populations were near 50 percent Native American, were randomly assigned to treatment or control groups. The groups received either both intervention strategies, neither intervention strategy, or just one of the strategies, either CMCA or CONNECT.  Study results showed that alcohol use was significantly reduced in students who received either or both of the interventions.

“The two distinct interventions alone and in combination resulted in similar patterns of effect across time,” said Dr. Komro. “Interestingly, we found no evidence that the two interventions combined had significantly greater effects than either alone.”

The study, which was supported by the National Institute on Alcohol Abuse and Alcoholism (NIAAA), demonstrated that CMCA and CONNECT are effective approaches for addressing alcohol use problems in these communities.

“Without effective prevention strategies, American Indian and rural youth are especially vulnerable to early alcohol use and its many damaging consequences,” said Komro. “We found that community and school support and engagement in prevention is critical to shaping a more healthful environment for teens. Strategies such as ones conducted in this study should be further investigated with a focus on sustainability.”