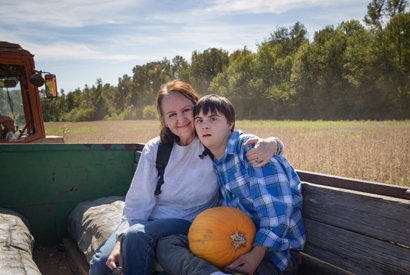 Founded in 1811 and located in Belmont, Massachusetts, McLean Hospital is dedicated to improving the lives of those affected by mental illness and substance use disorders. Researchers at McLean work to better understand the neurobiological basis of psychiatric disease and addiction, and translate their scientific findings into evidence-based approaches to care.

The largest psychiatric teaching hospital of Harvard Medical School, McLean maintains a strong clinical research department and treatment program. The hospital’s Division of Alcohol and Drug Abuse (DADA) has been conducting clinical research for over 30 years. At DADA, researchers develop and test new treatments for alcohol use disorder and other substance use disorders. In addition, DADA developed and is deploying a unique program to train clinicians across the hospital to identify and treat addiction disorders in their patients with often co-occurring psychiatric diagnoses such as depression, anxiety and eating disorders.

Working in conjunction with DADA, the McLean Hospital Alcohol and Drug Abuse Treatment Program (ADATP) provides clinical treatment for patients with drug and alcohol use disorders and related mental health disorders. For more than 40 years, ADATP has provided a safe and secure environment that is conducive to helping patients focus on addiction treatment and recovery.

In 2014, PGDF awarded a $25,000 grant to McLean Hospital supporting a series of speaking appearances by Dr. Kevin Hill, a renowned addiction psychiatrist, that took place throughout Massachusetts in 2015 and 2016. Entitled Improving Alcohol Education in the Community, these informational events covered the epidemiology of addiction, the risks of binge drinking and daily drinking, how to talk with someone who might have a problem with alcohol, and the different forms of alcohol addiction treatment.

In 2017, PGDF awarded a second grant for $10,000 in support of a highly innovative pilot study led by Marc Copersino, PhD to design and deliver developmentally appropriate treatment curricula for people with developmental disabilities (DD). Standard addiction treatment programs are cognitively demanding, requiring skills that exceed those of most people with DD. Alcohol and other drug prevention and treatment programs are, at present, mostly absent from the community. This protocol develops alcohol and other drug refusal skills while supporting client independence, self-determination, and community inclusion.

Dr. Copersino is affiliated with McLean’s Division of Alcohol and Drug Abuse and the McLean Imaging Center. He has been the recipient of the National Institute of Health’s National Research Service Award, Fellows Award for Research Excellence, Intramural Research Training Award, and a Patient-Oriented Research Career Development (K23) Award.

“People with developmental disabilities experience a higher degree of difficulty in freeing themselves from the effects of alcohol addiction than do people in the general population. Dr. Copersino’s clinical training and experience made him exquisitely sensitive to this reality, and we have high hopes that one day his special curriculum will bring new hope to individuals across the country, and their families,” states Sue DeMarco, Development Officer at McLean Hospital.

Dr. Copersino has developed a protocol that includes two sessions focused on healthy decision-making and the risks of alcohol and other drug use, followed by eight sessions devoted to learning about and practicing refusal skills in different social contexts (e.g., with strangers, friends, family). This curriculum has been previously tested on adults with developmental disabilities but without autism spectrum disorder, with interim analysis showing that people with intellectual disabilities can successfully learn and demonstrate alcohol and other drug refusal skills. The PGDF grant will support delivering the curriculum to a group of adults with both intellectual disabilities and autism spectrum disorder.

It is anticipated that the curriculum will be similarly effective in the new test group, but obtaining pilot data demonstrating preliminary success is a necessary first step toward establishing an evidence base. These pilot data will subsequently be used to apply for Federal funding for larger studies enabling further validation of the curriculum, with an eye toward one day publishing an evidence-based curriculum that could be delivered in service agencies across the country.