Alcohol and Tobacco Cause More Harm Than All Illegal Drugs Combined 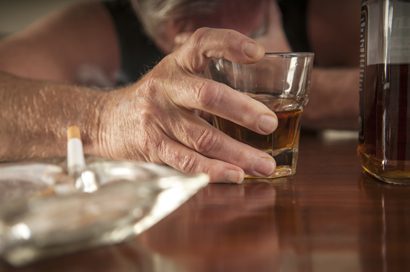 Alcohol and tobacco are responsible for significantly more deaths than all illicit drugs combined, shows a recent review of global data.  The 2015 review, published in the journal Addiction, found that out of every 100,000 deaths around the world, 110 were attributable to tobacco, 33 to alcohol, and fewer than seven to illicit drug use.

Globally, one in five adults drink heavily at least once a month and 15% smoke daily, while only 3.8% use cannabis, 0.35% use cocaine, 0.37% use amphetamines and 0.35% use opioids in a year. In 2015, alcohol and tobacco use combined cost the human population more than a quarter of a billion disability-adjusted life-years (DALYs) worldwide. DALYs, according to the study, represents the number of years lost due to ill health, disability or early death.

There is little substance use data available for some countries and regions, such as those in Africa, the Caribbean and Latin America, and Asia. The researchers suggest that these countries need enhanced monitoring because they are at risk of rapid escalation in substance use and related health burden.

The data for the Global Statistics on Alcohol, Tobacco, and Illicit Drug Use: 2017 Status Report were gathered mainly from the World Health Organization, United Nations Office on Drugs and Crime and Institute for Health Metrics and Evaluation. The authors note there are important limitations to the data, especially for illicit drugs, but believe that gathering the data in this way will make it easier for governments and agencies to develop policies to combat substance use.

Science Daily: Alcohol and tobacco are by far the biggest threat to human welfare of all addictive drugs>