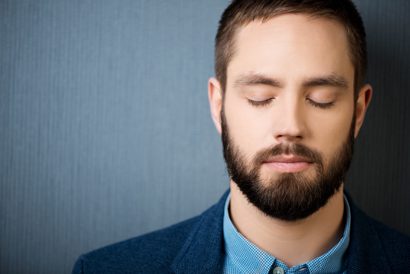 Practicing Transcendental Meditation (TM) may help prevent relapse in patients who have undergone inpatient treatment for alcohol addiction, according to a new study published in the Journal of Substance Abuse Treatment.

The study followed sixty adults with alcohol use disorder (AUD) for 3 months after finishing inpatient treatment. Half were taught TM while at the treatment facility, while the other half received usual care. The study found that acceptability and uptake of TM was high: At follow-up, 85% of those who learned TM were still meditating on most days, and 61% were closely adherent to the recommended practice of doing TM twice daily. None of the participants who practiced TM as advised (20 minutes, twice per day) returned to heavy drinking after three months, in contrast to nearly half of the remaining sample.

“Our first aim was to investigate the feasibility of integrating TM into the treatment environment,” states lead author Dr. Jan Gryczynski, Senior Research Scientist at Friends Research Institute. “We found that patients reported high satisfaction with TM and that the training was readily integrated into the treatment protocol. While the two groups improved in similar ways overall, we found that regular practice of TM was associated with better outcomes. No one in the subgroup of patients who were closely adherent to TM relapsed to heavy drinking during the follow-up period. This is a promising finding, and we are looking forward to learning more in subsequent studies.”

“These results are very exciting, and they begin a renewed inquiry into how TM can help solve the urgent problem of the substance use epidemic,” states Bob Roth, Chief Executive Officer of the David Lynch Foundation (DLF). DLF works to prevent and eradicate trauma and toxic stress through the use of TM with at-risk populations. The pilot study was initiated and funded in close collaboration with DLF by the Peter G. Dodge Foundation (PGDF), which focuses on surfacing new treatments for alcohol addiction.

“TM has been a very important tool in my own recovery,” states PGDF Founder Peter Dodge. “There is no doubt that it has made a tremendous difference in reducing my stress and increasing my resilience. Our purpose in initiating this study was to find out whether that effect would apply across a broader group of people entering recovery, and we are thrilled to see that, with adherence to the twice-a-day regimen, it does seem to apply.”

“We hope to build on these findings with a larger and more definitive study on the effectiveness of TM as an intervention for substance use disorders,” states Gryczynski.