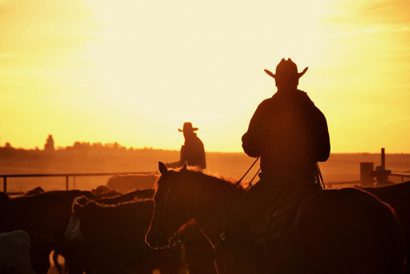 We at PGDF are always scouring the news for the latest on science, policy, opinion, and culture related to alcohol use disorder and its treatment. In this quarterly series, we present a digest of notable news from the field.

Scientists Use Laser Treatment to Reverse Alcohol Craving in Rats

Scientists at Scripps Research have discovered a way to reverse cravings in alcohol-dependent rats. Building on prior research, the scientists found that when they used lasers to inactivate specific neurons in the brains of the rats, the rats lost their motivation to drink. They also had a reduction in physical symptom of withdrawal, such as shaking and abnormal gait. “This discovery is exciting—it means we have another piece of the puzzle to explain the neural mechanism driving alcohol consumption,” says senior author Dr. Olivier George, associate professor at Scripps Research.

Naltrexone, a medication used to treat alcohol use disorder, is more effective in some people than others. Yale University Researchers have now discovered the role kappa opioid receptors in the brain play in how well naltrexone works to reduce craving and drinking in some people with alcohol dependence. They found that heavy drinkers with more kappa opioid receptors had a greater urge to drink, and they did not respond as well to naltrexone treatment. “Kappa opioid receptor activation has been implicated in the ‘dark side of addiction’, in this case the motivation to drink even when alcohol is no longer rewarding. This innovative study makes the case that some therapeutic effects of naltrexone may be mediated by its effects on this target,” said John Krystal, MD, Editor of Biological Psychiatry.

The Hazelden Betty Ford Foundation and Mayo Clinic are collaborating on a federally funded research project to determine which alcohol use disorder (AUD) patients will benefit most from the drug acamprosate as part of their treatment. Eight hundred patients being treated for AUD will give blood samples that will allow researchers to identify genetic markers to help determine which people will be more responsive to acamprosate, a drug that has been shown to help maintain sobriety in some people with AUD. “By finding the molecular drivers of alcohol use disorder, we hope to not only inform more precise use of medications and the development of new ones, but also encourage more help-seeking by instilling more confidence in the effectiveness of treatment,” said Marvin D. Seppala, MD., chief medical officer of the Hazelden Betty Ford Foundation. “This also could be a step toward one day being able to predict, genetically, who is most likely to develop alcohol use disorder,” he said.

The Alzheimer’s Disease (AD) drug donepezil has been shown to mitigate brain inflammation and neuron damage incurred by rats who were exposed to alcohol in their adolescence. “Research has begun to show that human adolescents who drink early and consistently across the adolescent years have some deficits in brain function that can affect learning and memory, as well as anxiety and social behaviors,” said senior author Scott Swartzwelder, Ph.D., professor of psychiatry at Duke University School of Medicine. The current study found that the alcohol-exposed rats given the AD drug, whose brand name is Aricept, had less inflammation and were better able to produce new neurons than rats who did not receive the medication.

Scientists: MDMA (aka Ecstasy) Should be Further Studied as Treatment for Alcohol Use Disorder (AUD)

Preliminary findings from a study of 11 people suggest that MDMA should be further evaluated as a treatment for AUD. Researchers followed patients who were given MDMA (more commonly known as ecstasy) in conjunction with psychotherapy for nine months and found no adverse events related to MDMA use. Dr. Ben Sessa, study author and senior research fellow and addiction psychiatrist at Imperial College London told The Guardian, “We’ve got one person who has completely relapsed, back to previous drinking levels, we have five people who are completely dry and we have four or five who have had one or two drinks but wouldn’t reach the diagnosis of alcohol use disorder.” The researchers plan to expand the project into a randomized placebo-controlled study.

Previous research has drawn a link between long-term alcohol misuse and a person’s ability to process facial emotion. A new study supporting these findings, published in Alcoholism: Clinical & Experimental Research, found that people in early recovery from AUD have a difficult time recognizing facial expressions, especially anger. An inability to distinguish emotions can lead to interpersonal difficulties. For this reason, the study authors state that there is a need for further studies of emotional processing and its real-world implications.

A study published in the Journal of Substance Abuse Treatment reported that combining the medication naltrexone with Alcoholics Anonymous-based behavior therapy led to an overall increase in the number of days that participants remained abstinent.

Over 1 in 10 Americans over age 65 are estimated to be binge drinkers, according to a recent study published in the Journal of the American Geriatrics Society. The study authors note that binge drinking is more common among men, smokers, drug users and people with chronic health conditions or mental illness. Older drinkers are more likely to have chronic diseases like hypertension, diabetes and heart disease that can be worsened by drinking, making them more vulnerable to the health risks of over-imbibing. The study authors emphasize the importance of screening for alcohol misuse and advocating for more effective means of educating, screening, and intervening to prevent alcohol?related harms in older adults.

A study published in eNeuro has found differences in the brains of rats, based on whether they had a family history of excessive drinking. Those with familial risk of excessive drinking had atypical prefrontal cortex function, which could be a target of future AUD treatment.

A study published in Alcoholism: Clinical and Experimental Research found a decrease in aggression-related and driving-related harms in states with stricter alcohol policies. “States that enact more restrictive, stronger alcohol policies may be able to drop the level of harm that younger people are experiencing, especially in those jurisdictions that now have weaker, less effective laws,” said lead author Thomas Greenfield, Ph.D., of the Alcohol Research Group.

Over 87 million people in the U.S. currently live, or have lived, with family members with a history of alcohol abuse. Studies have shown that adult children of alcoholics (ACOAs) have higher rates of depression, substance abuse, relationship conflict and other mental health issues. In this article, licensed psychotherapist Sherry Gaba discusses the dysfunction that growing up in a house affected by substance abuse can produce, and what steps can be taken to address the past trauma and develop healthy coping mechanisms.

Bar Employees in Eastern Iowa are taking advantage of a free program that helps them spot fake ID’s, know when a person has had too much to drink, and ensure that people who have over-imbibed do not drive home. Jeff Meyers, of the Iowa Area Substance Abuse Council, said, “…the number one thing that adults get treatment for in Iowa is alcohol use disorder.” The program, Training Intervention Procedures (TIPS) helps bar owners keep patrons safe and also has other added benefits. Some insurance companies give discounts to bars that take part in the training.

Tip for Journalists on How to Responsibly Cover Stories on Drinking

Concerned that the tone journalists have been using to discuss alcohol can be too light and airy, an article in Harvard Kennedy School’s Shorenstein Center and the Carnegie-Knight Initiative Journalist’s Resource, offers eight tips on how writers can improve their coverage of alcohol-related stories. Culled from suggestions from journalists and researchers with subject-area expertise, tips include: mentioning the risks associated with alcohol; avoiding stereotypes and using the term “alcoholic”; diversifying perspectives on drinking and sobriety.

Sober Curiosity Not for Those in Need of Real Treatment

Fix writer Sean Mahoney breaks down the new “Sober Curious” health trend. Mahoney discusses why it is important to understand the difference between quitting drinking for a while as a form of experimentation and needing to abstain because you have a disease (alcohol use disorder). Mahoney also makes the case for why it is important to seek professional help if you fall into the latter category.

Why are some people at a greater risk for alcohol use disorder (AUD) than others? Having a family history of AUD is one of the strongest risk factors for future drinking problems. What else plays into whether a person will develop AUD? Researcher William Lovallo, Ph.D., discusses the intermingling roles of family history, adverse events, stress, dopamine, and the stress hormone cortisol in the development of AUD.

Sober Spaces for the LGBTQ Community

Journalist Daniel Villarreal discusses the growing need for sober spaces for those in recovery from addiction in the LGBTQ community. He notes that, “Queer coffee bars and sober meet-ups have begun popping up in U.S. cities, the website LGBT Teetotaler works to provide sober queers with community support and the group Out and Sober has started offering an Alcoholics Anonymous-style support groups for queer people across the nation.”